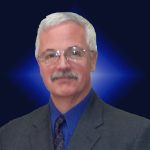 Mark helped me get my IFR currency back after my being out of the clouds for over 15 years. Training included the many changes in the FAA regulations and IFR procedures as well as recently installed new avionics in our Cardinal RG. Mark was thorough, methodical and very easy to work with. While he only recently became a CFII, he brings to this new venture long years of experience in aircraft maintenance, IFR pilotage and firefighter safety instruction. I left confident with new skills and had a lot of fun too. Mark is a very good guy whom I highly respect!

Thanks Mark for a couple of decades of work and friendship 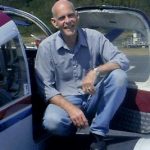 I first met Mark while I was a flight instructor for the Boeing Employees Flying Association. He maintained their planes at Paine Field (KPAE) in Everett WA. I could tell that he was a stickler for quality by the way he would work. Later I opened my own flight school and Mark and his staff maintained my fleet of Piper aircraft, from our J3C Cub to our Seneca III. He hired mechanics that were equally strict about their quality of workmanship.

I could tell back then as I would hear him talking to a new mechanic that he was a good teacher as well, and mentioned that he would make a great flight instructor. And, what do you know, here he is all these many years later doing exactly that. Passing his passion of flight onto the next generation of pilots.